Harnessing the best in practice and academia.

Our unique strength lies in our ability to harness the best in practice and academia to guide and teach our practice-based curriculum while ensuring high standards of academic rigour. Our extensive pool of 100 and growing faculty and expert panel members comprise of academics from top-ranked universities, global thought leaders, senior industry leaders and practitioners from leading financial institutions, legal, tax & accounting and trust services firms.

Our faculty members make academic theory come to life with current and relevant case studies. We support our faculty with effective pedagogical tools via a proprietary Faculty Development Programme that addresses constructive alignment, active learning strategies and team-based learning. This has translated to excellent participant ratings when evaluating our faculty’s effectiveness and the relevance of our content. 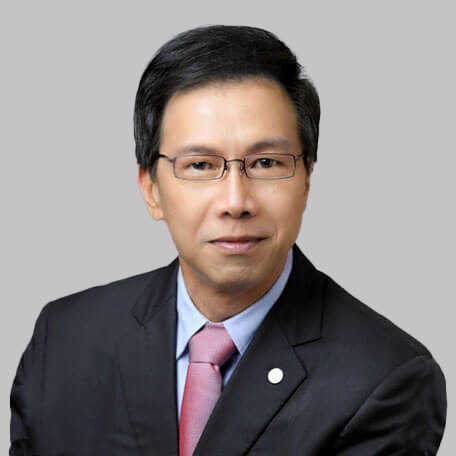 Dr Aaron Low is Chairperson of WMI Expert Panel for Investment Advisory and Product Strategies and has been teaching at WMI since 2003. Aaron is CEO of LUMIQ and Principal at Lumen Advisors. He is a Board Member of Triumph Capital (Singapore), Guotai Junan Fund (HK), Research Foundation (US), Oakbridge Capital and the Journal of Futures Markets. He is also Advisor at Hashkey Capital, SMU and CFA Singapore.

Previously, Aaron was Head of Portfolio Management (Asia x Japan) at PIMCO managing global and EM investments. His investment teams won several Lipper and Morningstar investment awards for global bonds and emerging markets. Prior to PIMCO, he was Head of Fixed Income, Asia for RCM Global Investors (San Francisco), managing global balanced and fixed income portfolios. Aaron was Chairman, Board of Governors of the CFA Institute (US). He was Board Trustee for Singapore Government Pension Fund and was on the boards of WMI, iMAS, BNP Paribas Hedge Fund Center. He has served as Senior Advisor to Harvest Fund Management (Beijing), Bosera Asset Management (Shenzhen) and Minsheng Tonghui Asset Management (Shanghai).

Aaron possesses a PhD in International Financial Economics from Anderson School, UCLA, and completed graduate programs at Stanford and Chicago universities. He is a Chartered Financial Analyst (CFA). He is Adjunct Professor at CEIBS, NUS, and SMU. 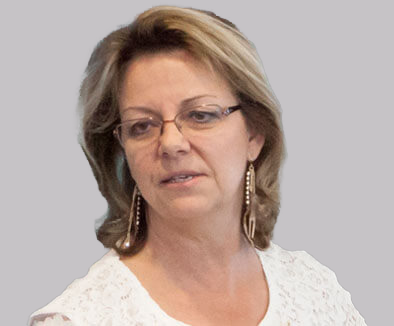 Professor Denise Kenyon-Rouvinez is the Principal Programme Director of WMI’s Family Office Programmes. She is also appointed Temasek Fellow at WMI and will also contribute to the development of research and thought leadership for Family Office, further contributing to WMI’s Family Office ambitions. Denise also teaches for the Master of Science in Asset and Wealth Management. She is a regular speaker around the world including at the World Economic Forum where she is a member of its Expert Network. Denise has received several awards for her research work and is also author and co-author of several books on the topic of family business. Denise is the former director of the Global Family Business Centre at the International Institute for Management Development (IMD) in Switzerland, where she launched and ran their global family office programme and also served as The Wild Group Professor of Family Business, directing its Leading the Family Business and Leading the Family Office programmes. Denise was also previously Executive VP – Head of International Family Business & Philanthropy at Coutts Private Bank, and also worked for UBS and Credit Suisse.

Denise holds a PhD in Management from HEC Lausanne in collaboration with IMD. She is a certified coach working with the Solution Focused Coaching approach (based on brief therapies and positive psychology). She is an accredited Life Orientations (Lifo®) Licensee, Hogan Personality Inventory (HPI) certified and a qualified Emotional Intelligence (EQ-I 2.0) assessor and trainer. 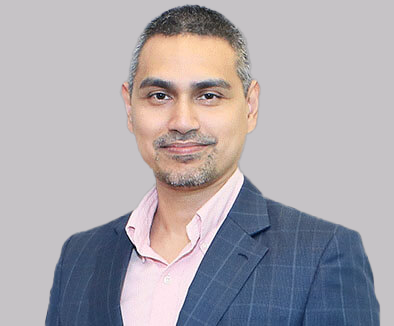 Dr. Eric Sandosham is a member of WMI Expert Panel and teaches our postgraduate and certification programmes including our Master of Science in Asset and Wealth Management, as well as our Certified Private Banker programmes. Eric is a veteran in business analytics and is a decision science advocate. He is Founder and Partner of Red & White Consulting Partners LLP. Eric is also a Board Member at the Singapore Land Authority. 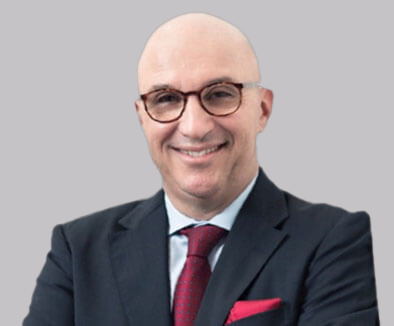 A Swiss-Italian national, Guido Gianasso is a Professor of Leadership at HEC Paris (Qatar). He was previously working as Professor (Practice) of Global Leadership at Nanyang Business School (NBS), Nanyang Technological University (NTU) in Singapore. Prof. Gianasso teaches “Leading People Globally” and Organisational Behaviour in the MBA and various executive programmes at the Wealth Management Institute.

In addition to his teaching responsibilities, Prof. Gianasso is Visiting Professor at the University of Geneva and Honorary Consul of Romania in Geneva, Switzerland. He also serves on the Board of Trustees of the American University of Phnom Penh (AUPP) and as Senior Advisor to the Minister for Post and Telecommunications in the Royal Government of Cambodia.

Before moving to the Education sector, Prof, Gianasso worked for thirty years as Corporate executive and UN diplomat. He was CHRO and Executive Committee member in the Aviation and Financial sectors, helping CEOs driving major change programs. From 1999 to 2003 he was Global Head of HR for Credit Suisse Private Banking (International Banks). From 2003 to 2013 he worked as VP, Human Capital and Executive Committee member of the International Air Transport Association (IATA) as well as Managing Director of the IATA Training and Development Institute.

Guido Gianasso holds a PhD in Economics from the University of Geneva, Switzerland. The focus of his Academia is in Cultural Intelligence. He speaks English, French, Italian, Spanish and Romanian fluently. 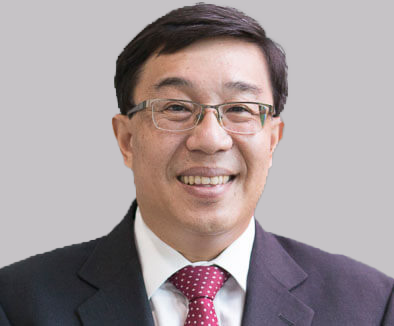 Professor David Lee is Professor at SUSS and also teaches for the Master of Science in Asset and Wealth Management. He is Vice President of the Economic Society of Singapore and is also the Chairman of the Global FinTech Institute. He is the founder of several entities including BlockAsset Ventures, a Fulbright Scholar, and an Independent Director of listed and technology companies. He was the Director of the Sim Kee Boon Institute for Financial Economics, Group MD of OUE and Auric Pacific. He founded Ferrell hedge fund in 1998 and was a property developer. He has more than 60 cited articles and nine books on Asian economics, digital currency, blockchain, and inclusive fintech. His latest books as author and editor are entitled “AI & Quantum Computing for Finance & Insurance: Fortunes and Challenges for China and America” and “Artificial Intelligence, Data and Blockchain in a Digital Economy”.

David graduated with BSc, MSc, and PhD from the LSE in Econometrics. 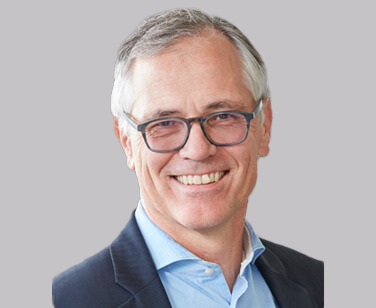 Dr. Urs Zulauf is appointed as WMI Temasek Fellow as well as a member of WMI Expert Panel for Compliance. He is also our Principal Programme Director for a soon-to-be-launched Graduate Diploma in Compliance programme that provides a specialised learning pathway for compliance and legal professionals advising Financial Institutions. Urs is an Adjunct Professor at University of Geneva and at Cornell Law School, as well as the Study Director of graduate programmes in Financial Regulation and Compliance at the Universities of Geneva, Bern and St. Gallen, Switzerland. He is a consultant in financial regulation, supervision and enforcement and Of-counsel at Enquire, Zurich, a boutique law firm for regulatory investigations and whistleblowing.  Urs concurrently serves as a member of the Board of Directors at Credit Suisse Trust and SEBA Bank, Zug.

Urs was previously Deputy CEO, Executive Board and General Counsel at Swiss Financial Markets Authority (FINMA), where he was responsible for central legal functions, regulation and policy, international cooperation, strategic planning and complex international enforcement proceedings. Post FINMA, he joined Credit Suisse as the Head of Client Tax Policy and was responsible for designing and implementing programs to address undeclared clients assets. He was establishing and chairing CS sanctions committee deciding on CS’ strategy to implement global economic sanctions. He was coordinating various internal investigations on AML-topics.

Urs possesses a Ph.D. in Law from University of Berne and lectured at the University of Freiburg. He authored numerous textbooks and papers in law journals and is co-editor of Swiss Financial Markets Law text collection. He is co-director of a research program on Global Enforcement in the Financial Industry hosted by the Centre of Banking and Finance Law at the University of Geneva.

We are currently updating our course fees and schedules on our website. Some course fees may not be reflected accurately. For the avoidance of doubt, WMI reserves the right to revise, update or amend the final fees at the point of transaction. Click here to contact us for more information.